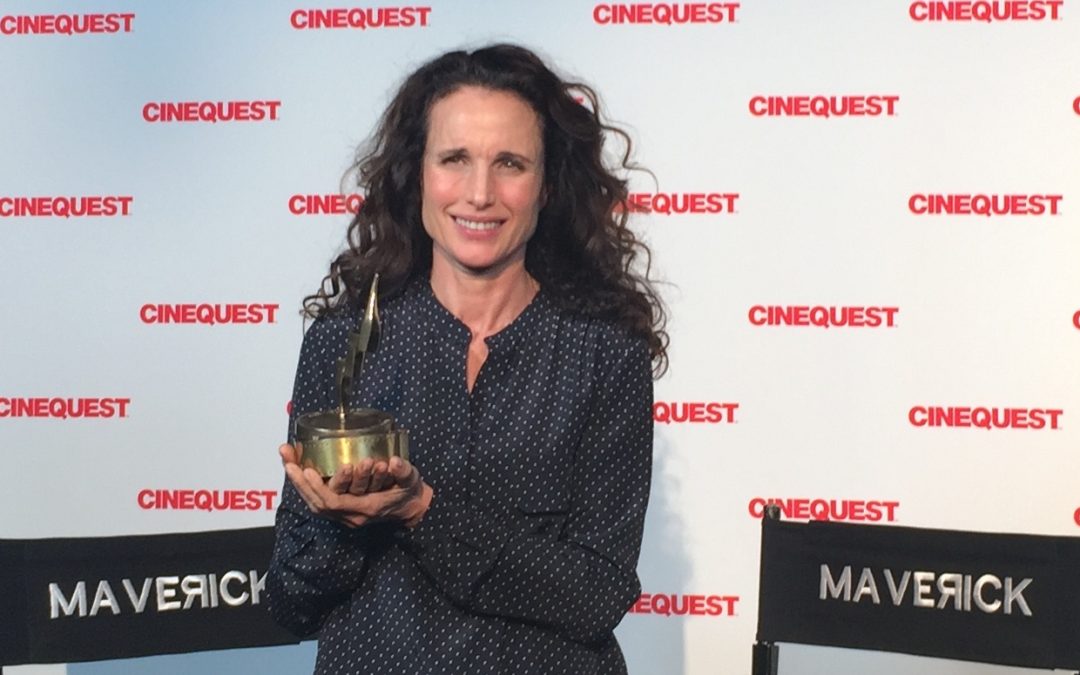 The Maverick Spirit Award is Cinequest’s most prestigious accolade, recognizing those who stand apart from the crowd, willing to create and innovate from a place of personal yet global vision. The Maverick tries the difficult if not impossible, and delivers original work and an original life.

WATCH FULL INTERVIEW OR IN PARTS BELOW:

PART 1
Andie MacDowell talks to Ruth Copland about about how older women “still like love and affection!”; how it’s hard to find multifaceted, sexy female roles in film; and what she liked about her character in Love After Love, which had its world premiere at Cinequest.

PART 2
Andie MacDowell talks to Ruth Copland about when she first realised as a child that she wanted to act; her challenging upbringing and self-belief; how she relied on her “weirdo spirit” to make it up as she went along in terms of succeeding in film; and what motivated her to keep going after the devastation of an early career disaster.

PART 3
Andie MacDowell talks to Ruth Copland about how it breaks her heart “women don’t think they age as beautifully as men”; how she was the first actress to bank back-to-back Number One films at the box office; how she’s kept her sense of her true self despite her fame; how she’d like to see women’s sexuality portrayed in film; and her process for embodying a character.

PART 4
Andie MacDowell talks to Ruth Copland about art helping us process difficult events; challenging the “demeaning” concept in the film industry that ‘people go to see movies to see men’; what she’s most proud of; and being a true maverick spirit.