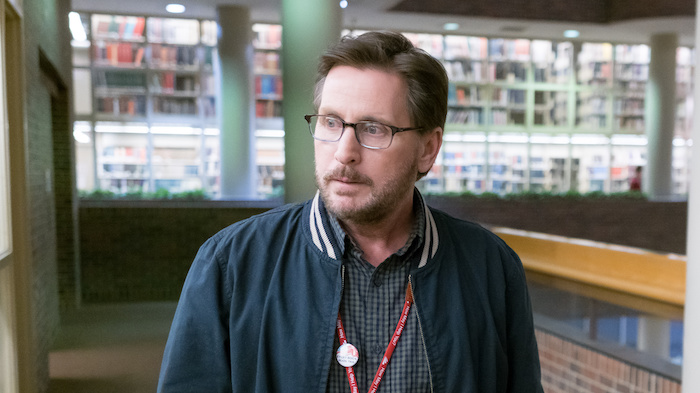 In-Depth Arts Interview: Emilio Estevez
Ruth Copland talks to the highly creative, thoughtful and intelligent actor, writer, and director Emilio Estevez about his life and art, and what inspired his compelling and immensely entertaining new film ‘The Public’ (pictured below). 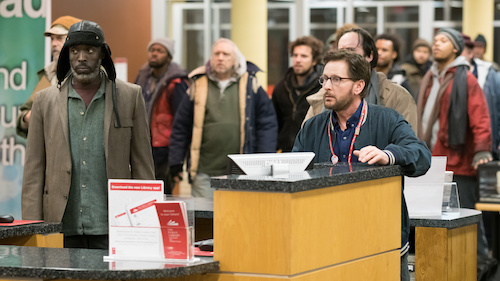 Emilio Estevez wrote and directed ‘The Public’ and also stars in it along with many great actors including Alec Baldwin, Jena Malone, Taylor Schilling, Christian Slater, Gabrielle Union, Jacob Vargas, Michael K. Williams, Jeffrey Wright and Che “Rhymefest” Smith. ‘The Public’ is about downtown Cincinnati librarians Stuart Goodson (Emilio Estevez) and Myra (Jena Malone) who see their regular winter day shaken up when homeless patrons decide to take shelter in their library for the night. What starts as a peaceful sit-in quickly escalates into a face-off with the police and the media. Prior to its release in theatres ‘The Public’ was screened at the Cinequest Film Festival where it won the Audience Award for Best Drama.

Emilio has established himself not only as an accomplished actor, but also as a talented writer, director and producer. In 2006, he wrote, directed and co-starred in the Golden Globe nominated for Best Picture and SAG ensemble nominee “Bobby,” which revisits the night Robert F. Kennedy was assassinated at the Ambassador Hotel in 1968 and is set against the backdrop of the cultural issues gripping the country at the time, including racism, sexual inequality and class differences.
Emilio made his acting debut in Tim Hunter’s “Tex” and appeared in Francis Ford Coppola’s ensemble drama “The Outsiders,” both based on S.E. Hinton novels. Estevez’ performance as a quintessential high-school jock in John Hughes’ “The Breakfast Club” won him widespread attention and acclaim. Later that same year, he went on to appear in “St. Elmo’s Fire” before starring in “That Was Then, This Is Now,” for which he also wrote the screenplay. In 1996, Estevez directed his father Martin Sheen for the first time in the Vietnam drama “The War at Home” which Emilio also starred in and produced. Other film credits include, “Repo Man” “Mission: Impossible,” and the “Stakeout, “Young Guns” and “Mighty Ducks” franchise movies. Emilio’s new film “The Public” marks Emilio’s fourth invitation to the prestigious Toronto International Film Festival having previously been invited with his films THE WAR AT HOME, 1995, BOBBY 2006, THE WAY 2010).