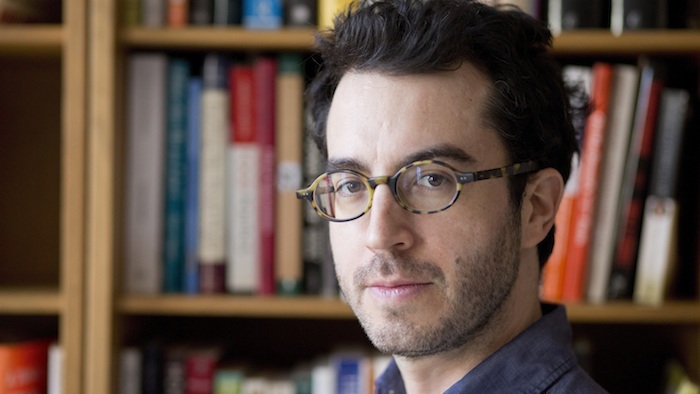 This week as her special guest from the arts Ruth Copland is pleased to be interviewing Jonathan Safran Foer – internationally best-selling and award-winning writer. We discuss amongst other things whether he grew up in a creative environment, what inspired his latest book, what it means to really live one’s own life, whether he writes for a specific audience, if art can have a healing effect, and why he likes books. Jonathan is the author of the novels ‘Everything Is Illuminated’, ‘Extremely Loud and Incredibly Close’, and ‘Here I Am’, as well as the non-fiction book ‘Eating Animals’ about our treatment of animals as food, and an artwork in the form of a book ‘Tree of Codes’. (Interview audio below)

Jonathan’s first novel ‘Everything is Illuminated’ was developed from his prize-winning Princeton thesis, and earned him the National Jewish Book Award and the Guardian First Book Award. Leiv Schreiber wrote and directed a film version of the book which starred Elijah Wood. Jonathan’s second novel ‘Extremely Loud and Incredibly Close’ uses post-modern writing techniques such as visual writing, varied typography and multiple narrators, and includes photographs and a flip-book. Although earning praise and condemnation from the critics, it has sold well and has been made into a film produced by Warner Brothers and Paramount with a star cast including Tom Hanks, Sandra Bullock, Viola Davis and Max von Sydow.

Jonathan was born in Washington D.C. and attended Georgetown Day School. He went on to study Philosophy at Princeton as well as taking an introductory writing course with the novelist Joyce Carol Oates who encouraged him in his writing. By a stroke of luck Oates was assigned to be Foer’s advisor for his senior thesis exploring the life of his maternal granddad, Holocaust survivor Louis Safran. Jonathan was awarded Princeton’s Senior Creative Writing Thesis Prize for his work. After graduating from Princeton Jonathan enrolled at Mount Sinai School of Medicine but dropped out to pursue writing. In addition to writing, Jonathan teaches creative writing at New York Univeristy, having previously taught at Yale University.

Jonathan’s latest novel ‘Here I Am’ was published late in 2016 to great reviews and has just been released in paperback.