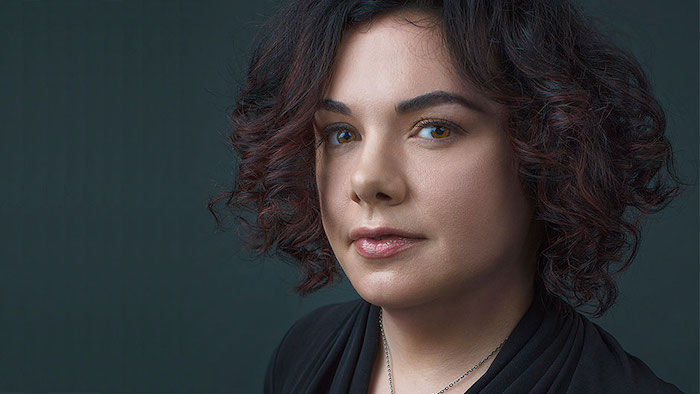 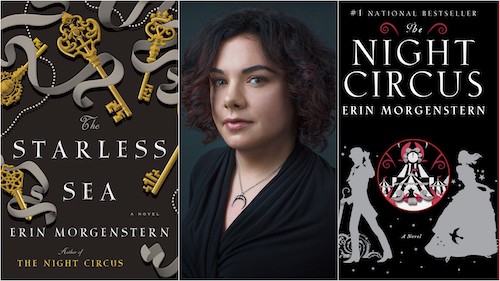 Multi-million-selling author and multi-media artist Erin is known for her highly imaginative world-building. The enchanting domain created in her first book ‘The Night Circus’ has inspired devoted fans the world over. They have been eagerly anticipating Erin’s next book and this is now materialising in the form of The Starless Sea which Publisher’s Weekly describes as a “love letter to bibliophiles…dreamlike and uncanny, grounded in deeply felt emotion, and absolutely thrilling.” Join Ruth Copland to find out what makes Erin such a fan favourite even though she didn’t plan to be an author!

If you enjoy the interview, Erin Morgenstern is going to be in Santa Cruz, California on November 12th for a special Bookshop Santa Cruz literary masquerade – a great opportunity to see her in person, get your book signed and have some masquerade fun. More info at Erin Morgenstern Literary Masquerade

Raised in Massachusetts, Erin graduated from Smith College with a degree in theatre and studio art, and in addition to her writing she paints, mainly in acrylics, and has designed and painted a black-and-white tarot deck called the Phantomwise. Her debut novel, ‘The Night Circus’, a fantastical novel that follows the impossible love of two magicians, sold three million copies and has been translated into 37 languages. It spent seven weeks on The New York Times Bestseller List and was recognized with the 2012 Alex Award, given by the Young Adult Library Services Association, as well as the 2012 Locus Award for First Novel. It has also been optioned for film.