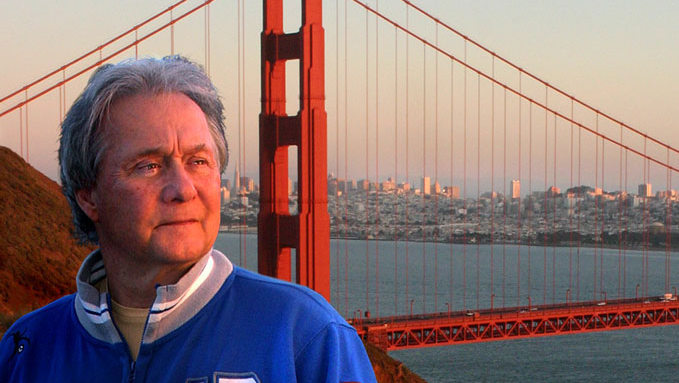 Topic: Out And About – Conversations on the Street about Questions That Matter: Does Remote-Control Warfare Affect How We Use Violence? What do you think? Ruth Copland interviews people on the street for our Out and About feature. This week as her special guest from the arts Ruth Copland is pleased to be interviewing writer, screenwriter and film-maker James Dalessandro. A 33-year member of the Writer’s Guild of America, he has sold more than 20 feature film scripts. Born in Cleveland, Ohio, James hitchhiked to San Francisco in 1971 after seeing a documentary about the Beat Movement. He co-founded The Santa Cruz Poetry Festival, with Lawrence Ferlinghetti, and served as its director for four years. As the nation’s largest annual literary festival at the time, it brought Charles Bukowski, William S. Burroughs, Allen Ginsberg, Ken Kesey, Michael McClure, Gary Snyder, and musicians like Anthony Braxton and Charles Lloyd to the seaside town of Santa Cruz, California, setting record attendance levels. It ushered in what Ferlinghetti called “A new era of American Poetry.” During this period James was also the writer of The House of Blues Radio Hour, hosted by Dan Aykroyd (as Elwood Blues) and won the Platinum Award from the National Association of Broadcasters. In addition James was the writer/creator of “Rock On” with The Doors’ keyboardist Ray Manzarek. James is the author of four books – the poetry collection Canary In A Coalmine; detective novel Bohemian Heart; true crime story Citizen Jane; and the historical novel 1906, a tale of political corruption, vendettas, romance, and rescue-and-murder set during the great San Francisco earthquake and fire. The e-book of 1906: A Novel, released to coincide with the earthquake anniversary on April 18th, quickly shot to #1 in Historical Fiction/Mysteries. James also wrote, directed and produced the acclaimed documentary The Damnedest, Finest Ruins about the 1906 earthquake. James’s book Citizen Jane has also been made into a film and is under development as a TV series. James has dedicated the last 40 years of his life to telling San Francisco stories, and trying to bring film and television projects to his adopted home. James has lectured at the San Jose-based Cinequest Film Festival and the Screenwriting Expo in Los Angeles. He formerly taught Screenwriting at Fort Mason Art Center in San Francisco and currently teaches screenwriting at Academy of Art University in San Francisco.