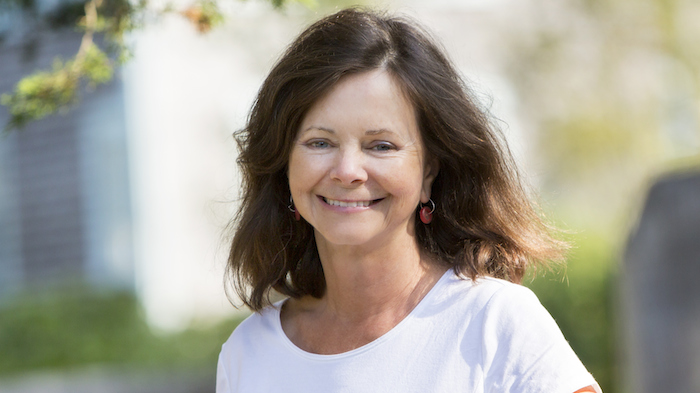 This week as her special guest from the arts Ruth Copland is pleased to be interviewing Pulitzer-Prize-winning author, journalist, and prize-winning foreign correspondent Geraldine Brooks.

Geraldine Brooks grew up in the Western suburbs of Sydney and is the best-selling author of five novels – Year of Wonders, March, People of The Book, Caleb’s Crossing and The Secret Chord; two non fiction books – Foreign Correspondence: A Pen Pal’s Journey from Down Under to All Over, and Nine Parts of Desire: The Hidden World of Islamic Women, and a collection of lectures entitled The Idea of Home.
Geraldine’s first novel, Year of Wonders, the story of a brave young woman during the plague in 17th century England, is an international bestseller and is described by Frye Gaillard as “One of the first classics of the twenty-first century.” Her novel People of the Book, which traces the harrowing journey of the famed Sarajevo Haggadah, a beautifully illuminated Hebrew manuscript, through centuries of exile and war, is a New York Times bestseller translated into 20 languages. She was awarded the Pulitzer Prize in fiction in 2006 for her novel March, which animates the character of the absent father, March, from Louisa May Alcott’s Little Women. Caleb’s Crossing is set in the 1660s and is based on a true story of the first Native American graduate from Harvard. Geraldine Brooks’ non-fiction books draw on her time as a foreign correspondent for The Wall Street Journal, where she covered crises in the Middle East, Africa, and the Balkans. Geraldine is married to the author Tony Horowitz and they divide their time between homes in Martha’s Vineyard Massachusetts, and Sydney, Australia. Geraldine’s most recent novel is The Secret Chord, based on the life of King David.