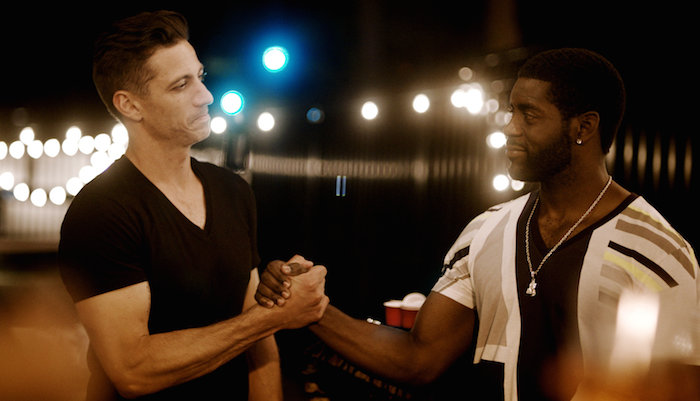 As part of her coverage of the 2017 Cinequest Film Festival in Silicon Valley Ruth Copland features guests from the film ‘The Dunning Man’, which had its world premiere at Cinequest. It’s fascinating how many parts there are to making the visual art that is a film – the story, the directing, the acting, the music, the cinematography, the editing – and all the various parts have to be good for the film to work! Ruth talks to the director Michael Clayton; writer/producer Kevin Fortuna; music contributor Hip Hop artist Dwayne Gittens aka Deascent; Emmy award-winning cinematographer Peter Cikhart; lead actor Tom Kemp; and the film editor Ian Blume.

‘The Dunning Man’ is a whirlwind slice of life on the wilder side focused on Connor, a young landlord trying to get his money while also doing right by people – quite a challenge when his tenants include Chechen animal trainers with underworld ties, a rap star who parties so hard the neighbors can’t sleep, and a struggling, good-hearted single mother who might just steal the landlord’s heart. The film stars James Carpinello. Ruth talked to the film-makers at Cinequest Film Festival in the foyer of the iconic California Theatre in San Jose.

Listen to the Full Interview with the Film-Makers and Lead Actor here:

Or Listen to Specific Guests via Audio Bars Below: