Topic: Does Your Age Define You? Arts Interview: Trash McSweeney, Singer, Song-Writer And Creator Of The Red Paintings 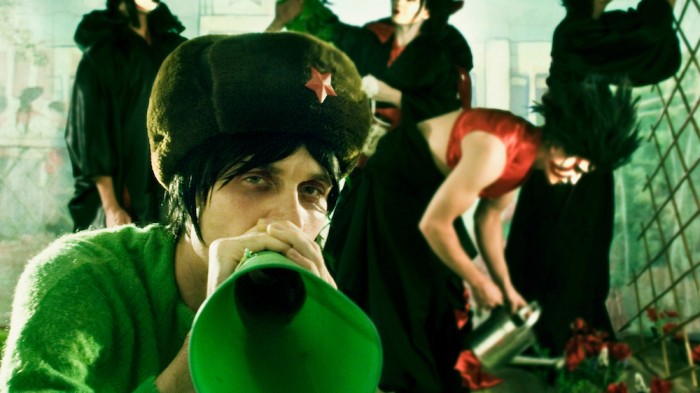 Topic: Out And About – Conversations on the Street about Questions That Matter: Does Your Age Define You? This week we consider ‘Does Your Age Define You?’ Have you had an experience where you felt like you were perceived or treated in a different way just because of your age – whatever that age might have been? Do make judgements about people based on their age? What do you think you will know about someone when you know their age that you didn’t know about them before? There are old people who are not wise and young people who are not full of life and vibrancy. Why do you think we don’t just judge people on their individual merits? George Eliot said ‘It is never too late to become what you might have been.’ Do you subscribe to this or do you think you have to achieve certain things by a certain age or not try? Does your age define you? This week as her special guest from the arts Ruth Copland is pleased to be interviewing Trash McSweeney, singer, song-writer and creator of the five-piece orchestral art band The Red Paintings, which was officially born at the dawn of the millennium. The Red Paintings will playing in our very own Santa Cruz Catalyst Club on June 22nd. After suffering a near-fatal seizure, visionary performer Trash McSweeney now sees colour in music and seeks to share with the world the ideas he has seen and felt. Originally from Australia, Trash is based in London and Los Angeles and is currently in the middle of a world tour in support of the release of The Red Paintings album ‘The Revolution Is Never Coming’. Trash originates all The Red Paintings musical and staging concepts and the band is known for its unique and compelling live performances featuring theatrical and art elements. Band members are costumed elaborately with themes ranging from geishas to aliens to sea creatures. The Red Paintings are renowned for inviting artists local to their shows to come and paint living and blank canvasses during the musical performance to reflect their feelings about the music. The band’s multimedia performances stimulate the senses and the mind and appeal to baroque-pop steam-punks, metal-heads, indie-rock fanatics, and beyond. The album ‘The Revolution Is Never Coming’ was 5 years in the making and features a 35-piece orchestra, 22-piece choir, harp players, French horn, Theremin and more across 13 tracks of biting, futuristic alternative rock. The album was recorded and mixed in world-class studios around the globe and the two singles released from the album have charted in the UK, Europe, America and Australia. The innovative Alice in Wonderland-themed music video for the single “Streets Fell Into My Window” picked up a wide range of awards at festivals worldwide. The band has a dedicated following and the album The Revolution Is Never Coming was largely funded by donations from fans all over the world. The album’s producer, Bryan Carlstrom, stated: “In my entire 30 year career I’ve not mixed such a diverse, colourful and emotionally dynamic album such as this, it’s like a 21st century War of the Worlds.”