Topic: Is The Truth Necessary To A Successful Society? Arts Interview: Sheila Jeffries, Artist and Best-Selling Author of Solomon’s Tale 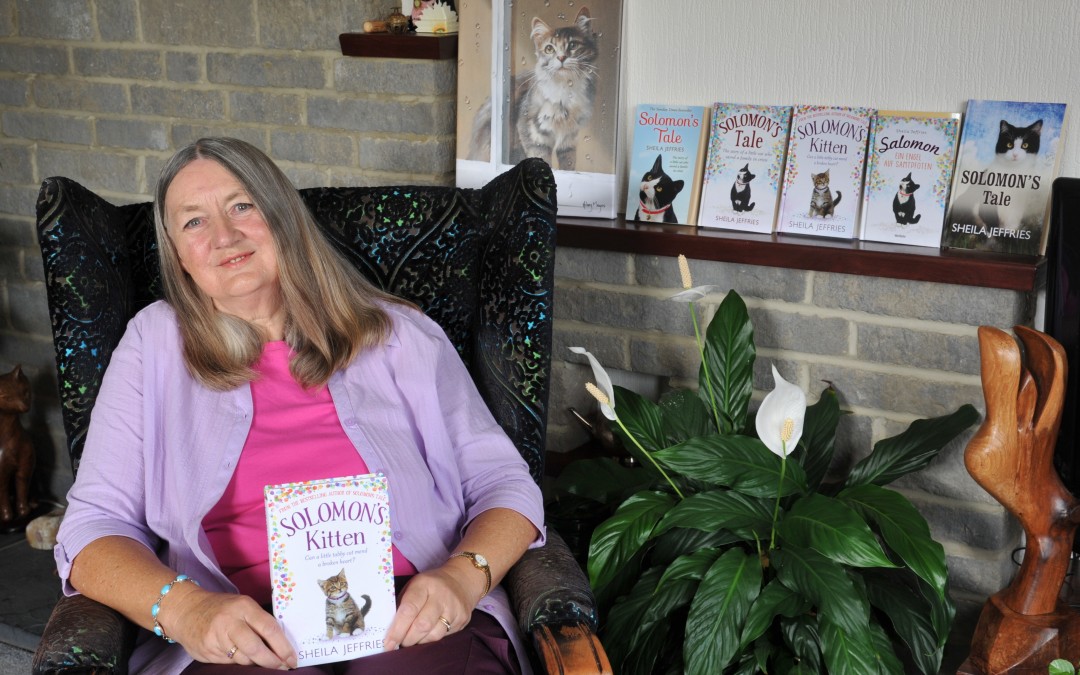 Topic: Out And About – Conversations on the Street about Questions That Matter: Is The Truth Necessary To A Successful Society? We consider ‘Is the truth necessary to a successful society?’ What place does the truth have in our society today? There’s politicians who it seems a lot of people doubt are telling the truth a lot of the time, there’s excessive advertising everywhere stretching the truth to its limits and at times breaking the limits, and there’s the tabloid magazines which never seem to let the truth get in the way of a salacious story. Evidence from religious texts dating from antiquity shows that lying and deception have been of concern to humans for millennia but is the truth still important? Do we link truth with honour in our dealings? What would a world be like where no one expected the truth? Is the truth necessary to a successful society? This week as my special guest from the arts I’m pleased to be interviewing Sheila Jeffries, artist and best-selling author of the runaway success Solomon’s Tale, a cross-over story for children and adults about a beautiful cat who can see angels and who chooses to reincarnate to help a family go through the traumas of separation and poverty. A writer of long standing, Sheila had four full-length children’s novels published before she even left school. These books continued to sell worldwide for many years. She later wrote eight more children’s books published by Methuen, Blackie and Scholastic, as well as a recent project Talking to Fairies published by Element. In addition, Sheila has written three non-fiction books. Her follow-up book to Solomon’s Tale – Solomon’s Kitten has been enthusiastically received. Her most recent publication The Boy With No Boots has just come out and is a spell-binding saga set in Somerset at the turn of the last century. As well as being a writer Sheila is also a successful artist with solo exhibitions of her work shown in galleries in London and the West Country in England. Clairvoyant from childhood, Sheila has developed her interest in esoteric subjects, particularly healing and sacred geometry, influences of which can be seen in both her writing and art. As well as having successful careers as an artist and author, Sheila has brought up a family, taught Special Needs Children, helped run a small-holding and planted and nurtured a fifty acre wood with her husband Ted, which they call the Forest of Dreams.