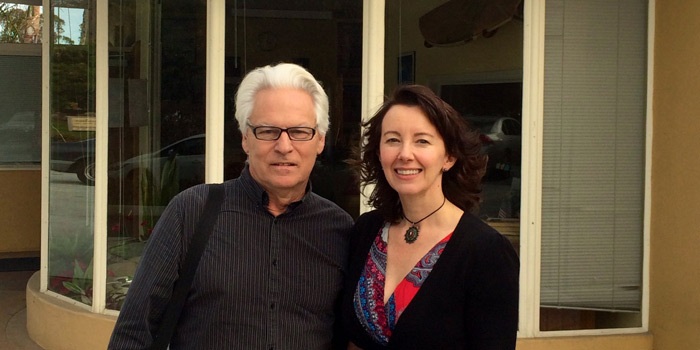 ‘Why is sex rated more strictly than violence in American media?’ What consequences do we fear from sexual content versus violent content? Does sex make us more uncomfortable than violence? Is it legitimate to argue that violent content does not affect our behaviour but sexual content does? Is rating films a form of censorship? And if so, what do we want to gain from it?Join the conversation! I interview Kenny Hill, master classical guitar luthier, player, and President of the internationally esteemed Hill Guitar Company in the Santa Cruz mountains. Kenny Hill is one of the most accomplished, experienced and versatile classical guitar makers in the world today. He is recognized as a fine maker, player, teacher and innovator. He has worked as an individual luthier, in small workshops as well as in large factory settings, to bring fine guitars to thousands of players of all levels around the world. Kenny began building guitars in the mid 1970’s. In 1978 he was awarded one of the first California Arts Council grants to an individual artist for his work as a guitar builder and guitarist. During that time he was instructor of guitar on the faculty at University of California, Santa Cruz, where he taught for 3 years. As President of Hill Guitar Company,Inc., Kenny continues to develop the Hill Guitar line in Santa Cruz building fine, hand-made classical guitars for the world market making the entire range of Signature, and Performance model guitars in the Santa Cruz mountains. Kenny has also contributed his design expertise to his popular affordable range of New World Guitars. For more info www.hillguitar.com