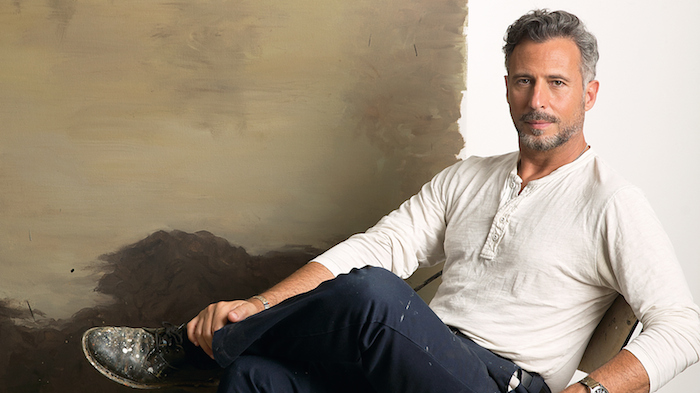 Watch video highlights of the Artist Enrique Martínez Celaya interview at his studio in Los Angeles (with his painting The Riptide) and then listen to the podcast of the full interview below.

In the Part Three Artist Enrique Martínez Celaya Full Interview Podcast, he talks about:
– what the studio means to him and how he sets up his work environment;
– what the phrase “keep your actions faithful” means to him and why he has it written on his studio walls;
– the connection between his memories and his work;
– why the art world is a hotbed for narcissism and what the antidote might be;
– the importance of how art is taught in schools and higher education;
– how and why he avoids getting too comfortable with his art;
– the difference between taking creative risk versus just shaking things up for the sake of it;
– whether art has a role in reflecting and shaping conflict, and giving a voice to the voiceless. 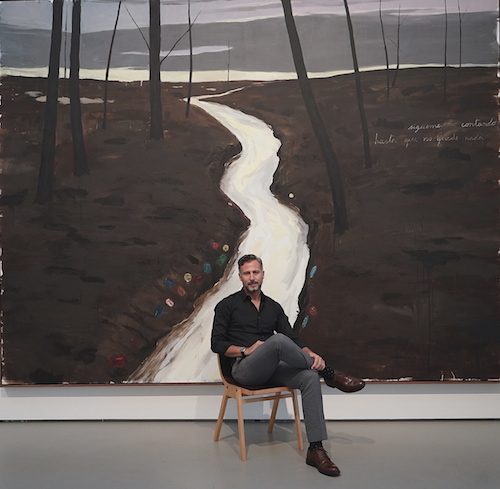 Ruth Copland recorded the Artist Enrique Martínez Celaya Interview at his inspiring studio in Los Angeles, with multiple vast rooms both to paint in and display his work, as well as a small library, and a beautiful, lush garden featuring some of his sculptures. Enrique Martinez Celaya trained as an artist as well as a physicist, and early in his career invented several patented laser devices before abandoning physics for art. An award-winning artist, he works predominantly in painting, but also in sculpture, photography, poetry and prose. His art work has been widely exhibited internationally and is held in the public collections of international institutions around the world. Enrique is the author of papers in art, poetry, philosophy, and physics and several books including ‘Collected Writings and Interviews 1990-2010’, and ‘On Art and Mindfulness: Notes from the Anderson Ranch’. He has worked in collaboration with scientists, entrepreneurs, writers, musicians and architects, including the Canadian rock-band, Cowboy Junkies, the poet and Nobel-Prize-winning chemist, Roald Hoffmann, and the novelist Mary Rakow. 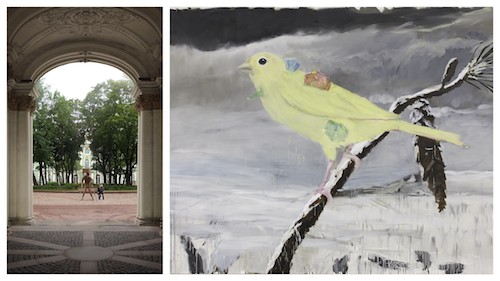 Born in Cuba and raised in Spain and Puerto Rico, artist Enrique Martinez Celaya began his formal art training at the age of 12 when he became apprentice to a painter. He developed an enduring interest in writing and philosophy whilst in the turbulent cultural and political environment of 1970s Puerto Rico. In the USA, he gained degrees in physics and art from Cornell, UC Berkeley, UC Santa Barbara, and attended the Skowhegan School of Painting and Sculpture. He is the first person to hold the position of Provost Professor of Humanities and Arts at the University of Southern California, is a Montgomery Fellow at Dartmouth College, and a Fellow of the Los Angeles Institute for the Humanities. Artist Enrique Martinez Celaya is committed to the education and formation of artists, and sponsors programmes for children, provides scholarships for artists, and assists schools in developing their curriculum. To this end, in 1998, he founded Whale & Star Press, which publishes books on art, poetry, art practice, and critical theory. For more information visit Enrique Martinez Celaya