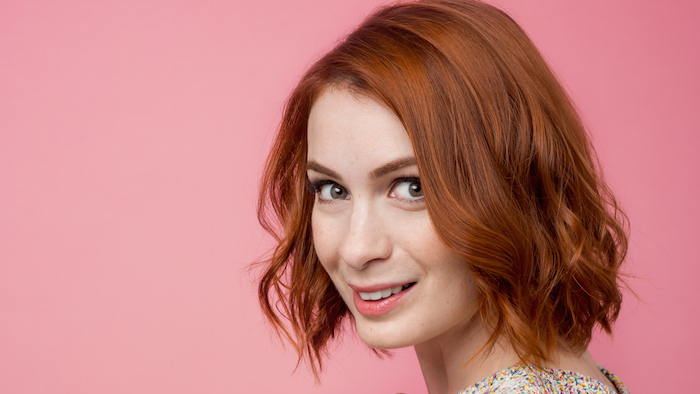 Topic: Out And About – Conversations on the Street about Questions That Matter: Should Minors Ever Be Tried As Adults? This week we consider ‘Should Minors Ever Be Tried As Adults?’ Critics of juvenile court argue that the line between juvenile and adult is no longer as clear, that children grow up much quicker these days, and they are more exposed to adult ideas and so they can be responsible for their actions. Barry Krisberg, a University of California, Berkeley criminologist states that there is no way a minor can fully understand what they are doing saying “he might be able to recount the events that resulted, but the notion that he comprehended the consequences of his actions flies in the face of all the science we know.” Scientific research has shown the pre-frontal lobe development is not complete until the early 20s. Teens may have difficulty inhibiting inappropriate behaviors because the circuitry needed for such control is not fully mature. This is something that is frequently put forward as an argument as to why the legal age to consume alcohol should not be lowered. Critics of the juvenile court system state that it is not being successful enough at deterring juvenile crime and this is an argument for a more punitive approach in the criminal courts. Concerns about justice being done for juveniles being tried as adults revolves around whether they can adequately comprehend their Miranda Rights, and the complexities of the legal process, research showing that when tried as an adult juveniles are more likely to waive the right to an attorney and to confess during police interrogations; misunderstand that they have the right to an attorney before and during a police interrogation; and erroneously believe that attorneys only serve innocent defendants. So should minors ever be tried as adults? This week as her special guest from the arts Ruth Copland is pleased to be interviewing Felicia Day, award-winning actress, web entertainment entrepreneur, writer, songwriter, producer, and director. Felicia has carved a unique place for herself and her talents both in the traditional entertainment realm and online.
An early adopter of all things internet Felicia has written, produced, directed and starred in many shows in the web video world including The Guild, which was a huge hit running to six series and has won numerous awards for web video excellence. Amongst other web projects, Felicia has co-starred in Joss Whedon’s multi-award-winning Internet musical “Dr. Horrible’s Sing-Along Blog,” and her production company Knights of Good has produced the innovative web series “Dragon Age” in conjunction with EA/Bioware. In 2012 Felicia launched Geek & Sundry, a funded Youtube channel which aimed to be the epicenter of gaming and lifestyle for pop culture fans with an independent spirit. The channel has many highly acclaimed shows and has garnered over one million subscribers and over 200 million views since its launch. In 2014, the company was sold to Legendary Entertainment. Felicia continues to work as creative chief officer of her company, as well as develop television and web projects for her to write, produce and star in. In addition to acting online, Felicia has appeared as an actor in many beloved roles in film and TV including in Supernatural, Eureka, Buffy The Vampire Slayer, and Red Werewolf Hunter. She was a member of the board of directors of the International Academy of Web Television from 2009-2012. Born in Alabama, Felicia had an unconventional upbringing and schooling and began college at 16 attending the University of Texas at Austin on a full scholarship in violin performance. She double majored in mathematics and music performance, and graduated at the age of 19 in the top 4% of her class. Her life and remarkable career is showcased with humour and insight in her newly published memoir You’re Never Weird On The Internet (Almost).

For more info and to hear previous shows visit feliciadaybook.com

Brilliant performances from the actors @iamedigathegi and @taylerbbuck...

Brilliant performances from the actors @iamedigathegi and @taylerbbuck playing father and daughter in the poignant yet life-affirming film @princessoftherowmovie about homelessness, mental health, war veterans, and family ties. I talk to Edi and Tayler about their life, art, and how they prepared for their challenging roles. Link in bio to guests podcasts. Princess of the Row’s talented cast includes Martin Sheen, Jacob Vargas and Ana Ortiz and is written and directed by Max Carlson and co-written and produced by Shawn Austin. Edi is known for X-Men: First Class, Gone Baby Gone, and Criminal Activities. Tayler is known for Annabelle: Creation, The People Vs. OJ, Key and Peele, and CSI: NY.
.
..
...
#edigathegi #taylerbuck #ruthcopland #itsaquestionofbalance #martinsheen #warveteran #homelessness #skidrow #mentalhealthawareness #familyties #anaortiz #jacobvargas #fathersanddaughters #actors #interview ...

Great to see @murs in #santacruz #catalystclub doing classic songs old and new. #twostep from one of my favourite #murs albums. Check out my interview with him about inspiration for #haveanicelife and catch him on tour across the US if you can - info and tickets at mursraps.com “Gun shots on a good day
No ski masks, that's the hood way
Little kids wishing that they could play
Looking for a hook or something Jay-Z would say”
“..it’s either shut it down or it’s death...”
#twostep #lyrics
.
..
... #hiphop #consciousrap #rap #independentmusic #ontour ...

This week I feature my conversations on the street asking ‘Can God ...

This week I feature my conversations on the street asking ‘Can God and science coexist?’
Atheists and creationists would have us believe that we have to choose between God and Science - but do we? Science has shown that we are made from the same cosmic dust as stars, quantum physics shows that particles once connected remain so over any distance, even millions of light years; increasingly science shows that we come from one source - and for many this source is God. Pope John Paul II stated “Science can purify religion from error and superstition; religion can purify science from idolatry and false absolutes. Each can draw the other into a wider world, a world in which both can flourish”. Do you see the possibility of religions and science working more closely to share their different perspectives? Can God and science co-exist? Listen to my conversations and decide what you think 8-9 PM PST on Saturday KSCO.com #radioshow #god #science #ruthcopland #itsaquestionofbalance #conversations #onthestreet #popejohnpaulii #religion #quantumphysics ...

Photo from @guardian article “If we go back they will kill us all: ...

Photo from @guardian article “If we go back they will kill us all: impossible choices at US border” - photo and article by Nina Lakhani. #thomasbrowne quote via @theeconomist
#unidos #immigrants #empathy #choices #courage #valor #lifeanddeath ...

Exclusively good news from the Middle East! My interview is with Rama...

In my interview with Ranking Roger, founding member of the seminal ...

In my interview with Ranking Roger, founding member of the seminal two-tone band The Beat (or The English Beat as they're known in the USA) we talk about how The Beat's music addressed racism, multiculturalism, unemployment, and socio-economic inequality; how Jamaican 'toasting' compares to rap; and the new material which is a mix of chill, EDM, drum and bass, rap and ska. Also we discuss Ranking Roger’s music career spanning three decades, from his mum having to sign his first record deal for him at age 16, to his stadium filling international success. Link in bio to podcasts of all the guests of the radio show.
.
..
...
....
.....#rankingroger #interview #mirrorinthebathroom #twotone #punk #talkradio #music #multiculturalism #makingadifference #ruthcopland #itsaquestionofbalance #ska #thebeat #theenglishbeat #toasting #rap #racism #womeninmedia ...

This week I featured my interview with Ranking Roger, founding member ...

This week I featured my interview with Ranking Roger, founding member of the seminal two-tone band The Beat (or The English Beat as they're known in the USA). As well as playing songs, we talk about his music career spanning three decades, from his mum having to sign his first record deal for him at age 16, to his stadium filling international success. Also how The Beat's music addressed racism, multiculturalism, unemployment, and socio-economic inequality; how Jamaican 'toasting' compares to rap; and the new material which is a mix of chill, EDM, drum and bass, rap and ska. Link in bio to podcasts of all the guests of the radio show including Ranking Roger.
.
..
...
....
#thebeat #theenglishbeat #rankingroger #ska #twotone #reggae #toasting #rap #racism #multiculturalism #inequality #drumandbass #edm #chill #ruthcopland #itsaquestionofbalance #radioshow #talkradio #podcast #womeninmedia #music #interview #mirrorinthebathroom #punk ...

The words of 6 year old immigration activist Sophie Cruz who ran up to...

The words of 6 year old immigration activist Sophie Cruz who ran up to the Pope when he visited Washington DC in 2015 and gave him a letter she’d written asking him to speak to the president about legalising her parents so that they would not be taken away. She made an impact and the next day the Pope spoke at length to Congress about immigration and later she was invited to meet President Obama. She was the youngest speaker at the women’s march in Washington DC in 2017 where in Spanish and English she spoke the words pictured.
Her story is one featured in Rad Girls Can, the latest book in the Bestselling Rad Women children’s series.
Series author Kate Schatz and artist Miriam Klein Stahl were on the show this week - Link to podcast in bio - talking about their art and the power of young, creative, hopeful, brilliant girls, and all they have done and can do in the world. And about why the Rad Women children’s books are favourites with adults too.
.
..
...
....#sophiecruz #immigration #radgirls #activist #radwomen #allone #unidos #kateschatz #miriamkleinstahl #greatbook #childrensbooks #papercutart #art #ruthcopland #itsaquestionofbalance #talkradio #womeninmedia #pope #feminism #allyoucanbe ...

Bold, brave, and brilliant girls under 20 who are living rad lives in ...

Bold, brave, and brilliant girls under 20 who are living rad lives in ways small and great. Bestselling Rad Women children’s series author Kate Schatz and artist Miriam Klein Stahl were on the show this week - Link in bio - talking about their art and the power of young, creative, hopeful, brilliant girls, and all they have done and can do in the world. And why their children’s books are favourites with adults too. ..
...
....
#radgirls #radwomen #radwomenworldwide #radgirlscan #radgirlslife #kateschatz #miriamkleinstahl #author #artist #papercutartist #papercut #papercutting #childrensbooks #greatbook #feminism #allone #allyoucanbe #allinittogether #activism #inspiringwomen #inspiration #ruthcopland #itsaquestionofbalance #talkradio #womeninradio #womeninmedia #illustration #illustrator #womensrights #podcast ...

'El pueblo unido jamás será vencido' - activists’ uniting chant. Can politicians also unite? - if not yet around policy then around empathy, compassion and human dignity while working on solutions? Link in bio to podcast of radio show on 'What does tolerance look like?’ interviews on the street. Photo from @guardian article “If we go back they will kill us all: impossible choices at US border” - photo and article by Nina Lakhani
.
..
...
...
#unidos #tolerance #humandignity #compassion #immigrants #immigrationreform #ruthcopland #itsaquestionofbalance #solutions #podcast #talkradio #womeninmedia #womeninmedia #onthestreet #conversations #empathy #allone #allinittogether ...

‘Incident in the Corridor Near the Kitchen’ reflecting on the ...

‘Incident in the Corridor Near the Kitchen’ reflecting on the tensions of forced communal living in the Soviet Union, installation from Ilya and Emilia Kabakov’s exhibition ‘Not Everyone Will Be Taken Into the Future’. Link in bio to podcast of Part 2 in my special interview series with Emilia Kabakov. Portrait of Ilya and Emilia Kabakov by Luis Sevillano.
.
..
...
..
#conceptualart #ilyaandemiliakabakov #kabakov #contemporaryart #artistslife #shipoftolerance #russian #russianamerican #russianart #artinstallation #art #communalliving #sovietunion #utopia #noteveryonewillbetakenintothefuture #tate #statehermitagemuseum #ruthcopland #itsaquestionofbalance #talkradio #podcast #womeninradio #arts ...