Topic: Where Do We Draw The Privacy Line in a Public Space? Arts Interview: Founders of Anne and Mark’s Art Party, Anne Sconberg and Mark Henderson 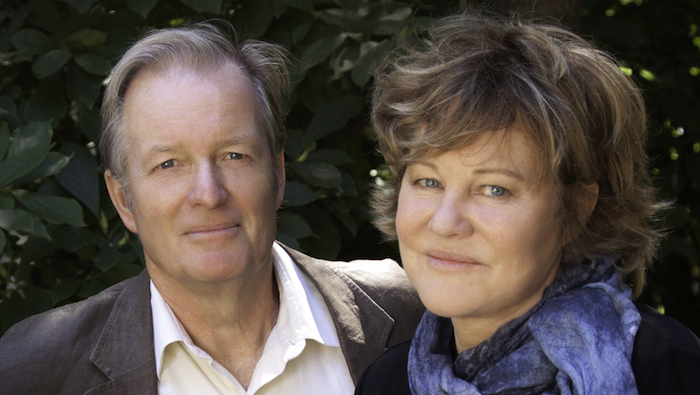 Topic: Out And About – Conversations with People on the Street about Questions That Matter: Where Do We Draw The Privacy Line in a Public Space? From a legal perspective there is only an expectation of privacy in public in very limited circumstances. Nevertheless, there has always been an informal code of conduct governing our respect for others’ personal space and privacy in public. Nowadays with the advent of social media and nearly every phone being a camera has this code of conduct changed? What level of privacy do we expect in a public space? How much privacy do we accord others? Is this dependent on how we were brought up? Or what our friends do? When posting content acquired in a public space do people even think about when it’s appropriate to do so? Is there a difference between taking video or photos to share just with friends in person, and posting that photo or video on social media?

There’s been a lot of discussion of surveillance by the state via CCTV cameras, particularly prevalent in the UK, with the whole fear of ‘Big Brother is watching you’. Is it possible though that we the people are in danger of actually becoming Big Brother by voluntarily posting so much information about ourselves and other people so that there is no real privacy? Due to the possibility to search information online and the ease with which law enforcement agencies and technology companies can aggregate data, a lot of information about people that once would have been considered personal is now readily available. Do you feel we have changed our perception of what personal or private information constitutes?

What do you think? Ruth Copland gets the views of people on the street for our Out and About feature. In Out And About we consider topics with local relevance and global significance. The idea is to get us thinking about the questions that affect us all – to stimulate new thinking, or clarify what we already feel. To hear how other people’s opinions may differ from or be similar to our own. This week as her special guest from the arts Ruth Copland is pleased to be interviewing Anne Sconberg and Mark Henderson. Together they founded Anne and Mark’s Art Party, with the support of Georgie Huff. The ‘occasional and irrational’ Art Party started in 2007, and has grown into the largest, most diverse art event in the Bay Area of California. The San José Arts Commission and the Office of Cultural Affairs have announced that Anne and Mark are to be honoured with the 2016 Creative Impact Award stating that Anne and Mark’s Art Party “is completely unique in the operations and opportunities for both exhibitors and viewers. Different from galleries, museums, art shows, and craft fairs, the party is a breathtaking array of stimuli to impact a visitors’ eyes, ears, brain and heart.”

Anne Sconberg says she has “spent her entire life in an attempt to live in the creative hub of the universe”. In addition to Anne and Mark’s Art Party, she has founded Backwater Arts artists’ colony and has served on the City of San Jose’s Creative Entrepreneur’s Panel as well as San Jose’s Peer Review Panel for Creative Industries Incentive Fund.
She attended Stanford University, where she received a BA in English Literature and developed her photographic skills. She has a degree from the Inchbald School of Design in London, where she received numerous awards and also has a degree in Multimedia Design from Tracor Arts in Madrid. In producing her own art Anne Sconberg works through the medium of photography.

Mark Henderson was born in England, in the county of Kent, grew up in New England then returned to England, where he studied at the Bath Academy of Art and received an honours degree in Ceramics and Three Dimensional Design. As an artist Mark Sconberg has worked as a ceramicist. He is now based in San Jose and when not working on Anne and Mark’s Art Party says he “spends most of his time building anything anyone can think of, collecting and testing cookbooks, and hanging out in his ceramics studio”.